Carla Morrow of DragonLadyArt has launched a successful campaign on Kickstarter already hitting over 105% of her goal with a further 16 days to go – however that’s not the end of the campaign – Carla has stretch goals to hit, that will unlock new and larger than life Little Wings Dragon Plushies

Check out the cool new Transformers: Dark of the Moon – MechTech Voyager – Shockwave.  This fearsome and powerful Transformer villain whose main mission is to keep Decepticon plans secret from the Autobots.

Shockwave’s weapons consist of a Battle Cannon that can convert into a Particle Wave Blaster on one arm and on the other is a double end bladed sword – armed to the hilt and ready for any battle, that’s Shockwave!

Shockwave will go into battle with anyone at anytime, eliminating evidence and witnesses in his own ruthless, brutal and emotionless way.

You’ll know when Shockwave has hit …

The hottest film of summer 2011, Transformers: Dark of  the Moon has meant a new blast of hot Transformer Toys  from the new film.

Now, even  being nearly totally destroyed by the  AllSpark, the mighty Mechtech Megatron Transformer is back and  he can be switched from robot mode to Mack Truck mode  and back.

It’s fun to create with KRE-O!

This was the intention of Hasbro, Inc when they first  set about creating a new and unique opportunity for  kids to enjoy the more popular Hasbro branded  characters.

With KRE-O you can build and create and interact with  all the iconic Transformers characters, whether goodies  or baddies, you have them all in this product line.…

Another awesome model from the Transformers summer hits movie: Dark of the Moon. The MechTech Deluxe Starscream is here!

For kids who want fast-paced, fast-flying, high-energy fun, you can have this with the MechTech  plane-that-turns-into-a-robot Transformer toy.…

The success of Toy Story 3 has meant that the character from the film such as Buzz Lightyear, Sheriff Woody, Jessie the Talking Cowgirl and Mr Potato Head, have lots of toys and puzzles available in their shape and form.…

If you have children, you’ll know that they have at some stage in their lives played with action figures of sorts.

Whether they are Lalaloopsy dolls for girls or KRE-O Transformer toys for the boys (although girls love the Transformer toys too), action figures provide ample opportunity to teach children lots of rich language whilst they are playing.  Our 7 year old can happily spend hours playing with his Megatron Transformer toy or enacting playfights with his brother who will also be deep in pretend play with his Toy Story 3 Buzz Lightyear toy.…

Looking for action heroes? We’ve got Spiderman, Superman, Xmen and much much more!
All children look up to action heroes – and most children want to be just like them!… 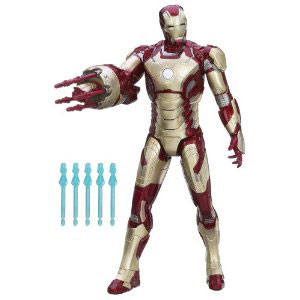 Toy figurines are a million dollar industry, and  the toy companies are reaping huge profits from  parents who can’t say no to their kids. Each  manufacturer wants to make the “must have”  figurine, but with the number of categories  available, many “must haves” exist in the  marketplace.…

How Babies Learn To Walk How Play Gyms Stimulate Your Baby The 4 Stages of A Baby's Development How Safe Are Your Kids' Toys? How To Clean Your Baby's Toys Gifts For A Newborn Wooden Toys

What are the Top 10 Christmas Gifts for Kids? 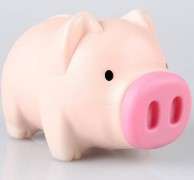 Kids can grow up so fast. One moment they’re still a small baby and the next thing you know, they are already running around the house.